BUS USERS travelling between Bromsgrove and Birmingham are facing massive cuts which will see the 144 only running once-an-hour.

Currently on weekdays there is a half-hourly service between the town and the Second City with 27 services running each way between 6am and 9.45pm.

But under a new timetable which comes into force on January 26 that number would drop to 15 services from Bromsgrove to Birmingham and 12 services going the other way.

The morning and evening changes wiill also give commuters a headache – currently there are five buses between 6am and 7.34am to get people into Birmingham by 9am but after January 26 there will only be three.

Likewise, at the end of the day commuters currently have services leaving Birrmingham at 5pm, 5.30pm, 6pm and 6.35pm but from January 26, those who did not make the 5.10pm service would have to wait until 6pm and the one after that would not be until 7.20pm.

And whilst the number of train services between Bromsgrove and Birmingham dramatically increased last year when the town was put on the Cross City Line, there are many people who opt to take the bus because of the one-mile distance between the railway station and the town centre.

Bus user Mark Norton said: “When you are getting the bus to Birmingham if one goes missing because of a breakdown or accident, the next one is always heaving.

“Imagine the same scenario with the new timetable – people will have to wait up to two hours for the next one.

“When an increase in use of public transport is being encouraged for environmental reasons, this change and the poor service offered by West Midlands Railway will surely turn people back to their cars, resulting in increased traffic and pollution.”

“The proposed new timetable is nothing short of an outrage.

“Bromsgrove has just declared a climate emergency. We desperately need more buses to get people out of their cars, not fewer.”

Rob Hughes, head of operations at First Bus Worcester, said: “We continually monitor travel patterns of customers to ensure we meet the demand across the working week and the weekend.

“As a result we have made some adjustments to the frequency to the Salt Road route between Bromsgrove and Birmingham due to a reduction in passenger numbers.” 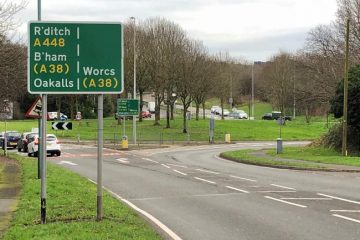