A PLANNING application has been submitted for 61 new homes on the site of the former Bromsgrove Council House on Burcot Lane which has been derelict for more than four years.

It will feature a range of one to two-bedroom flats, two-bedroom maisonettes and detached homes and three-bedroom semi-detached houses.

Among those, 37 will be for private rent and 18 will be affordable housing – 12 social rent and six shared-ownership.

Six will be put on the open market.

The scheme has been made possible by a substantial grant from Homes England as part of its Local Authority Accelerated Construction Programme which enables councils to build housing quicker by working in partnership with developers.

The council said ‘discussions were ongoing’ on whether it would be the landlord for the affordable properties or whether the role would be handed to an association, such as Bromsgrove District Housing Trust.

The site has been derelict since December 2015 when the council relocated to Parkside and the authority has constantly come under fire for the lack of action.

Coun Karen May, leader of Bromsgrove District Council, added it had been frustrating and ‘a long time coming’, adding its location, close to the town centre, shops and local transport links, was fantastic.

“We want to build a real community there where people want to come and live.”

And she said – with the mix of accommodation which would be attractive to all ages – it would address some of the criticism levelled at the council about there not being enough housing for younger people.

“If we can do something to realign the housing market then I think we should do.

“This scheme will make inroads to what we all know is a big problem.”

She added the area was being further enhanced by BDHT’s new development on the nearby former All Saints Garage site.

Mark Robertson, BDHT chief executive, said the trust was delighted the former council house would soon be demolished, paving the way for more quality affordable housing in the area.

“We have a lot of customers in the immediate area, and the new development will help to regenerate the whole site.

“We are already working really closely with colleagues at Bromsgrove District Council to ensure we provide complementary solutions, and are committing a significant sum to improve both the existing accommodation on that site, and the surrounding area.”

He added the trust would be consulting its tenants to gauge their opinions on the future of the area. 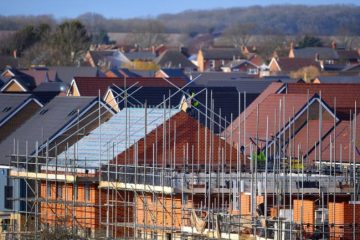 BROMSGROVE District Council failed to match its home-building target set by the Government last year, figures reveal. The council – which is querying the figures with the government – is said to have built just Read more…